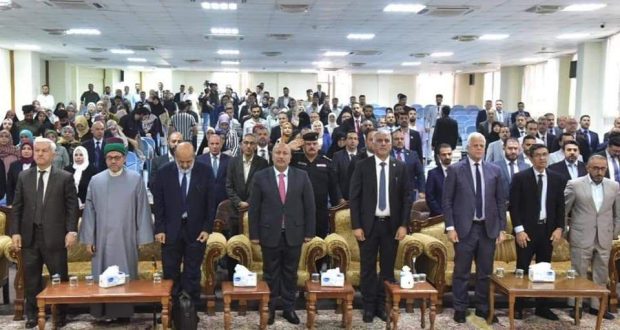 Faculty of Computer Science and Information Technology – University of Kerbala has held the first specialized conference in artificial intelligence, under auspices of the Husseiniya and Abbasid Holy Shrines and Media and Communications Commission, at University Presidency Hall on Tuesday, under slogan (Artificial Intelligence is a necessity, not a choice) with scientific support of (IEEE) Foundation.
President of the university, Prof. Dr. Basim Khalil Nile, says thatmore that (78) scientific papers submitted to the university, and (50) of them are accepted to participate in the conference. It is distributed between local and international, expressing his thanks to Karbala governorate for accepting a number of scientific research, as well as providing the university with the opportunity to evaluate the projects carried out by the governorate before starting their implementation.
On his part, Governor of Holy Karbala, Eng. Nassif Jassim Al-Khattabi, indicates that University of Kerbala is a real participant in implementation of service and construction projects in the province, as it is an advisory part, noting that there is a joint work between the province and the university, as the province has adopted five of students’ research of University of Kerbala and applying them practically. He also adds that these conferences will add a scientific view to the governorate.
Dean of Faculty of Computer Science and Information Technology and Chairman of Preparatory Committee of the Conference, Asst. Prof. Dr. Ahmed Abdel Hadi Ahmed states that the conference includes five axes that focus on most important computer sciences, noting that this conference is the first of its kind at the university with scientific support of IEEE Foundation, which it adopted publication of best research in its book within Scopus containers. Asst. Prof. Dr. Ahmed Abdel Hadi mentions that there is a website created to the conference as well as pages on social media to facilitate the process of following up to those whom are interested. 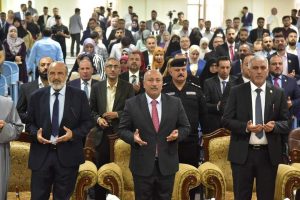 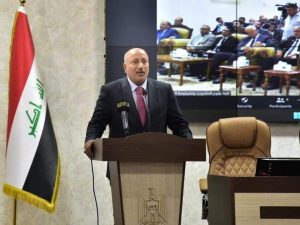 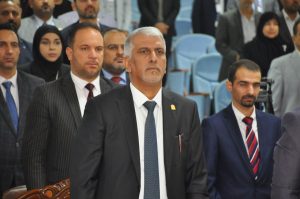 Post Views: 83
2022-11-07
Zainab Ali
Previous: University of Kerbala Organizing a Training Course on Requirements of updated Performance appraisal of 2021-2022
Next: University of Kerbala Discussing an M.A. Thesis entitled “Molecular Basis of Programmed Cell Death in Iraqi Women with Polycystic Ovaries Syndrome and its Associated with its Encoded Protein and Interleukin-10”

University of Kerbala Discussing an M.A Thesis on Impact of Anxiety and Depression Illness upon Quality of Patients’ Life

University of Kerbala Holding a Scientific Symposium on Domestic Violence

University of Kerbala discussing an M.A. Thesis entitled “Organizational Culture and its Impact on Employees’ Socialization”