Department of Scientific Affairs and Central Scientific Promotion at University of Kerbala have organized a scientific symposium on explaining developments of mechanism of scientific promotions, in presence of promotion committees of faculties of the university and private universities.
The symposium, which is attended by vice president for Scientific Affairs, Prof. Dr. Najim Abdel-Hussein, Chairman of Promotions Committee, Dr. Waqid Hameed Hassan, and Head of Scientific Research Division, Mrs. Heba Salah, aims at explaining the developments of mechanism of scientific promotions and the instructions for organizing the experienced professor.
The participants recommend emphasizing the role of scientific committees of departments and branches to follow up the subject of general and precise specialization of the applicant for scientific promotion with the scientific output submitted for promotion, and approving the two tables (1 and 2) of promotion after calculating the points. 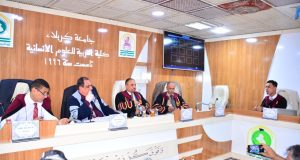 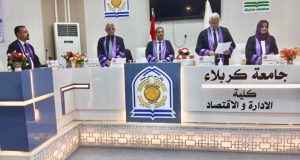 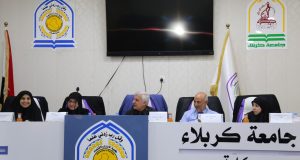 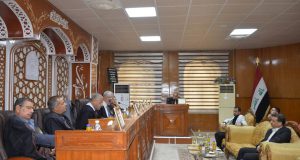 University of Kerbala Discussing a Ph.D. Dissertation on Legal Protection of Consumer from Fraud of Medicines and Pharmaceutical Products