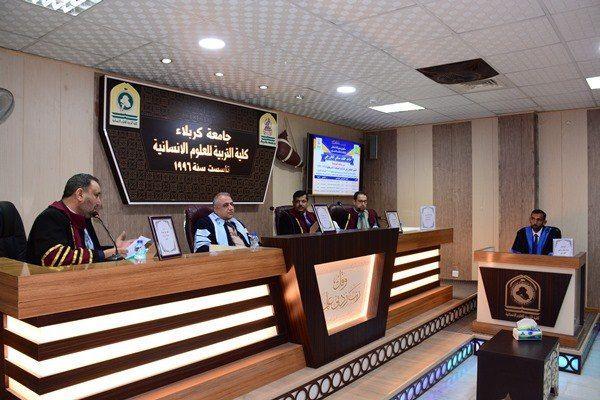 The Faculty of Education for Human Science at Kerbala University  has discussed the M.A. Thesis entitled (Racial Discrimination in the United States of America 1865-1877).

The thesis presented by the student Hamid Khalaf Sahi Al-Khazraji, was aims at introducing the negatives experienced by the Negro during the colonial and independence phases in the light of the laws of racial discrimination in the United States.

The discussion shows that racial discrimination in the United States of America has not appeared in its official form until after the end of the civil war, and the white community deals with the Negroes as they are markedly  seen lower than those Whites for all causes. The laws of discrimination restrict their movement, whether they were slaves or free.

University of Kerbala Organizing a Course on First Aid